Last week we had 20 big guys over here and I made the giant box of Ghirardelli Brownies from Costco. They smelled sooooo good and when I’m eating whatever I want, I can devour half a pan without thinking about it even though I typically don’t love super chocolatey things. These Super Fudgy Brownies totally hit the spot when I just couldn’t take it anymore. They are vegan, paleo and only require one bowl. 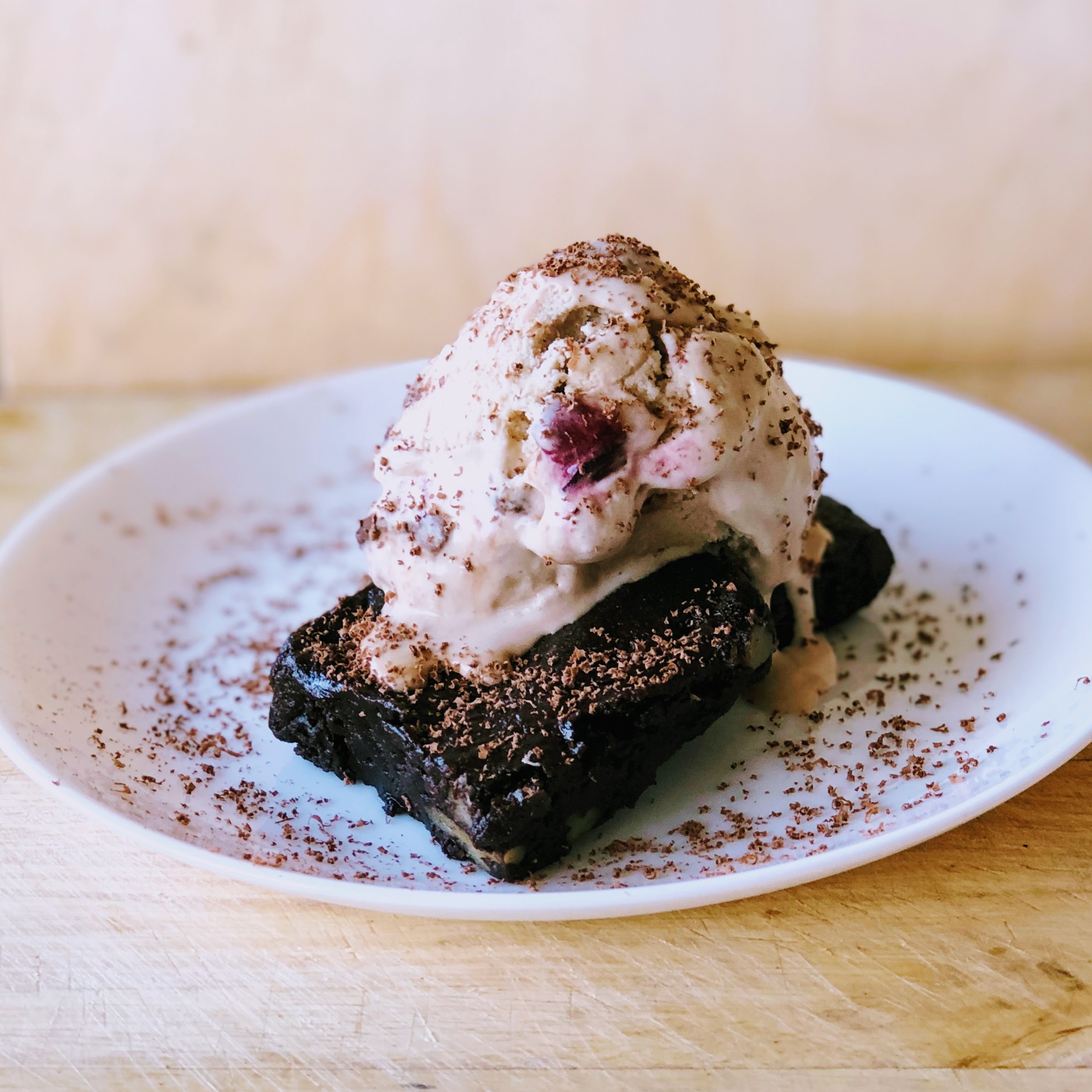 Brownies and Ice Cream are the Perfect Couple.

I have been on an elimination diet and trying to watch my sugar intake (even natural sugars) so I tried to resist but after I watched my fam polishing off the last of the brownies I decided these brownies were going to be my weekend treat.

They turned out incredible! I started with a recipe from Beaming Baker and then made modifications from there. I am in the reintro phase of the elimination diet and sesame seeds fell pretty high on my food sensitivity chart. I was planning to reintro sesame anyway, so I decided subbing tahini paste for the almond butter would be the perfect opportunity to do so.

I also added pecans because I’m one of those people that like nuts in my brownies and walnuts are very high on my chart. The little pockets of chocolate make them even more amazing. (They were part of the original recipe and I kept them in.)

If you are not vegan and/or don’t have any issues with eggs, feel free to use 2 eggs instead of the flax seeds and water. Eggs will actually give you the brownie-trademarked crackly top if you whisk them in really well. I learned that at some point and it stuck with me. It’s something sciencey that happens when you whisk them. 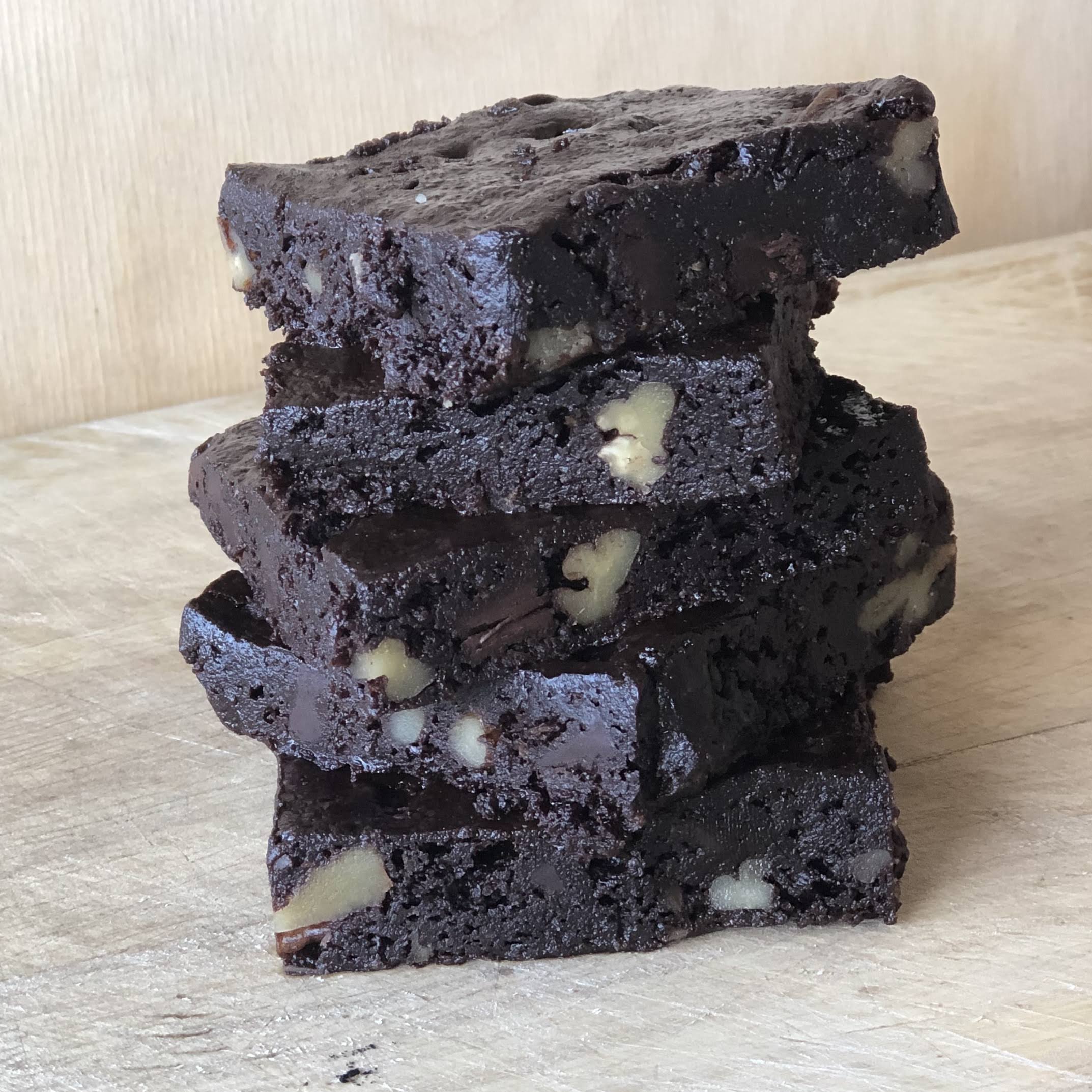