Make This for Mother’s Day! Whether it’s a gift to yourself or the special Mom you will be celebrating with, this No Bake Chocolate Silk Tart is BOMB!

This recipe was created in two phases. The crust came to me several years ago when I was creating my first iteration of a chocolate silk tart for a friend who had recently gone vegan. We had found the Hail Merry Tarts and I wanted a crust that resembled those. Plus I loved the fact that you don’t have to bake it. 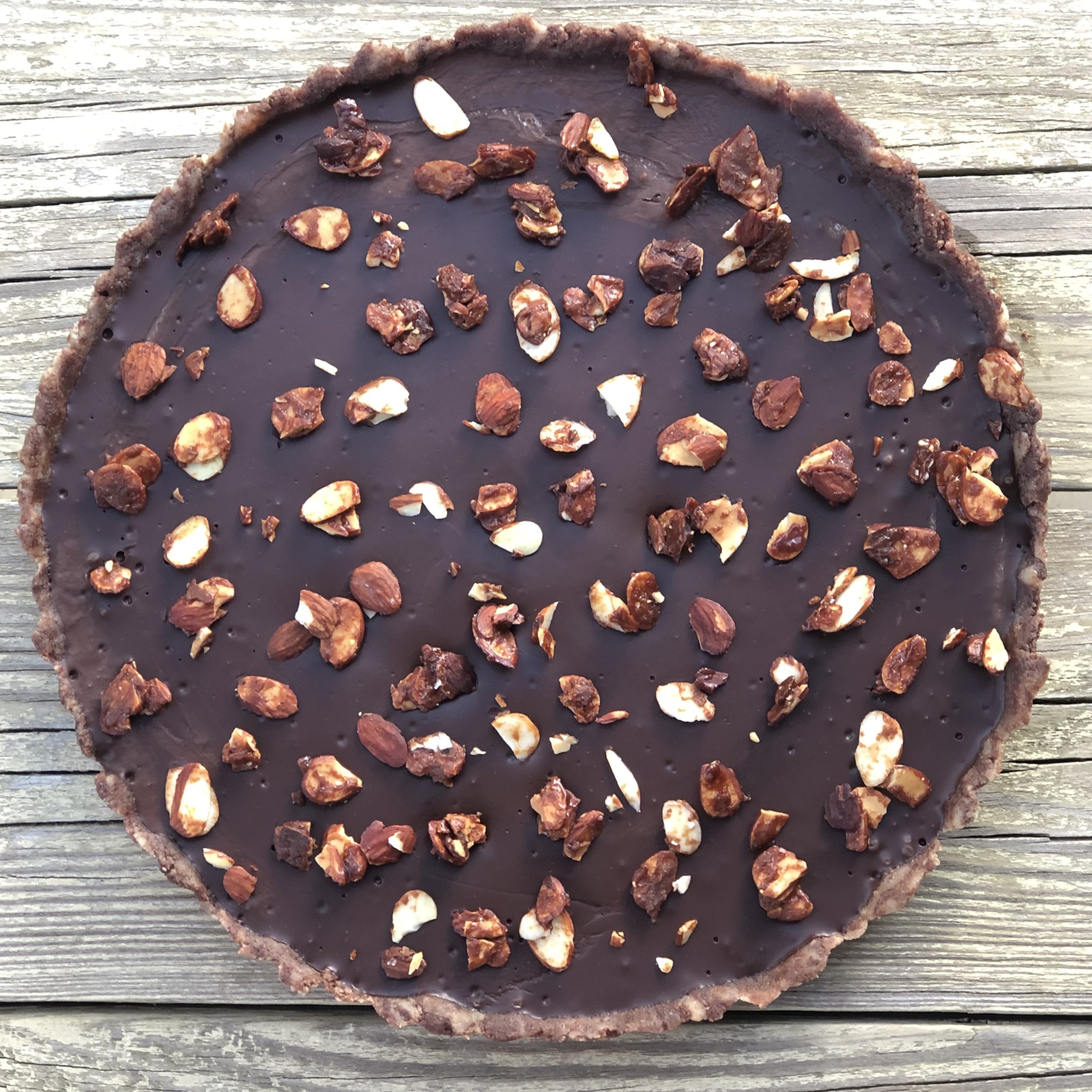 The filling and the brilliant praline-like topping were created based on a recipe on Epicurious for an Oatmeal crusted tart. Since I rarely eat grains, I decided combining the two would definitely be a win since the unbaked vegan and grain free crust would perfectly compliment the deep chocolate (thanks to a blend of two forms of chocolate and coffee) filling. If you have a little flaky sea salt, the crunch and extra salt pushes it right over the top. 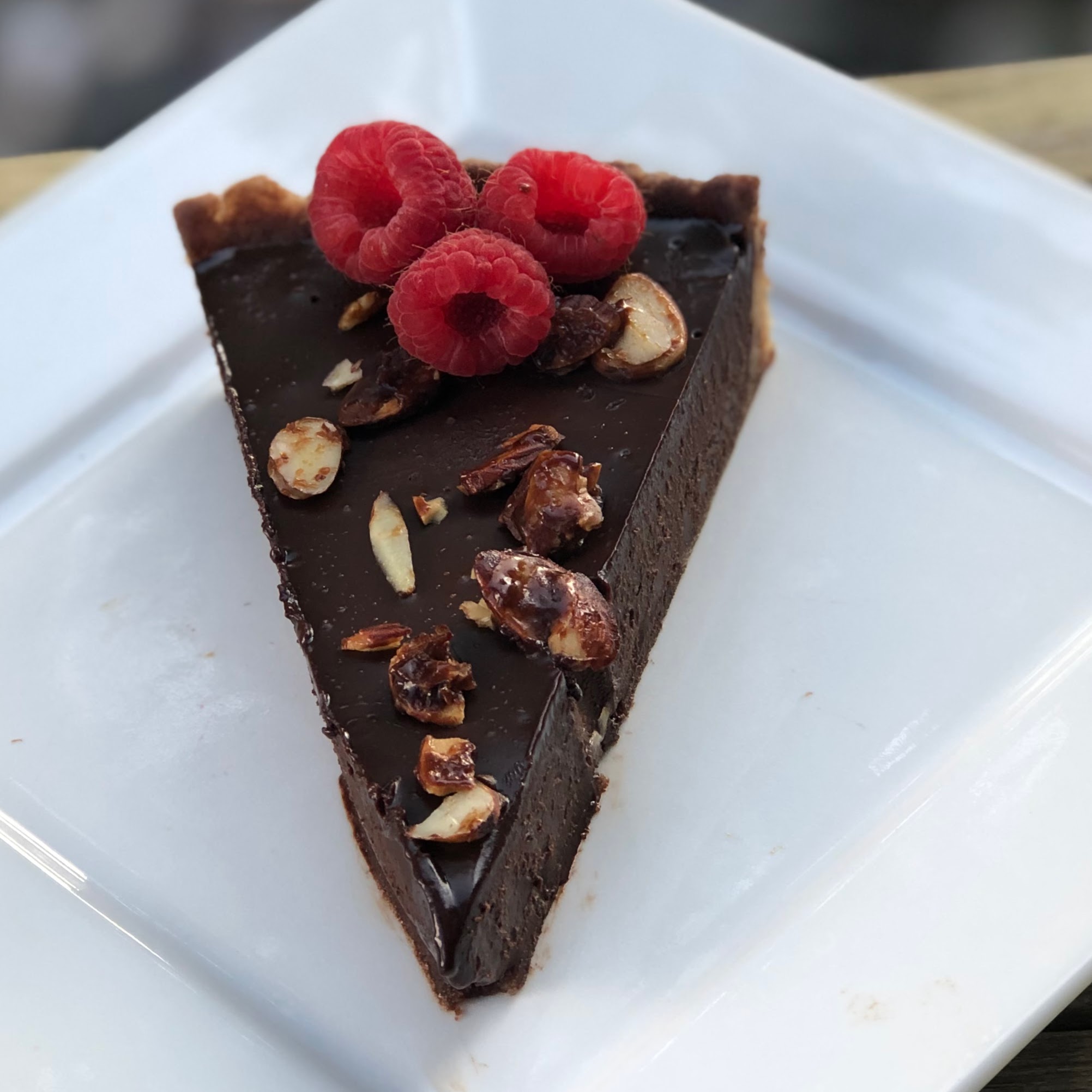