Chimichurri Sauce on Potatoes. Yep. The beautiful, green sauce on juicy grilled steak. For sure. A jar of the herbaceous deliciousness to put on almost anything? Of course! This Easy Chimichurri Sauce is one sauce you need to keep at the ready to take even your boring Wednesday night chicken sheet pan dinner to something worthy of a dinner party.

What is Chimichurri Sauce?

Chimichurri sauce falls into the Salsa Verde family of sauces. Many cultures have something of this nature. It’s basically fresh herbs, garlic, some sort of acid, maybe some spice and salt. Latin American Chimichurri is the most basic form and uses cilantro as the primary herb whereas Mediterranean Salsa Verde uses parsley and other tender herbs and adds in capers and sometimes anchovies. Chermoula sauce from Morrocan cuisine adds more complex flavors by adding spices such as smoked paprika and cumin. Mexican Salsa Verde, though it shares the exact name with the Mediterranean version, adds tomatillos to the basic ingredients for a sauce with a lot thicker consistency and perfect for an alternative accompaniment to chips than regular salsa. 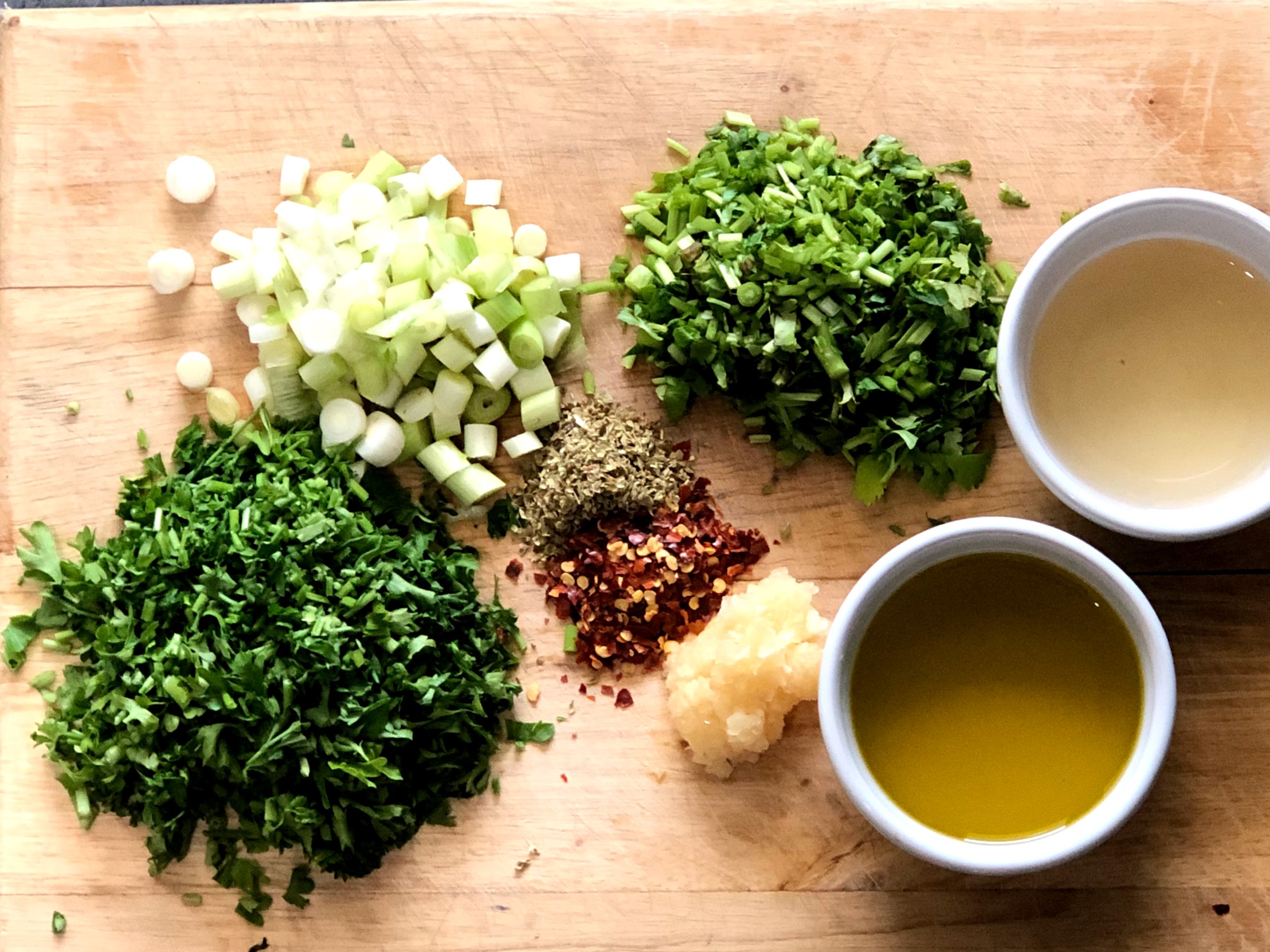 What??? I know this sounds ridiculous, but it really does. When I have cilantro or parsley stems, I don’t throw them away, I blend them up to make a batch up chimichurri. They are stronger in flavor than the leaves and have more fiber so your resulting sauce will be thicker, but very flavorful. I also do the same thing when I have green onions that are going downhill. I slice them roughly then throw them in for the onion component. It is freezable so if you make it but don’t need it right away, freeze in a small jar or in ice cube trays to keep for later.