Scones were not in my rotation of sweets growing up. Donuts made from biscuits out of a can, boxed mixes and Hostess cakes of all kinds were the baked goods in those years, so I don’t know when I first had a scone. I mean it’s not something you encounter as a Texan too often especially back in the day prior to Starbucks.

What I do know, however, is that it was love at first bite. Something about the not-too-sweet, biscuit-y texture was just so good that from that point on, I ordered them at bakeries during my blissful years of eating whatever I wanted. When I found out I could no longer eat gluten, I perfected a fantastic Cranberry Orange scone recipe and about every few months I would pull it out and make them for Saturday brunch.

Then early February of this year, I found out I now get to eliminate eggs, dairy and a multitude of other things from my diet besides the gluten that has been off the table for years. Of course I went through a brief “poor me” time but quickly put on my big girl pants and realized that I work best within constraints. Within the first two weeks of eliminating these things, I realized I could easily make scones without any of the offending ingredients. 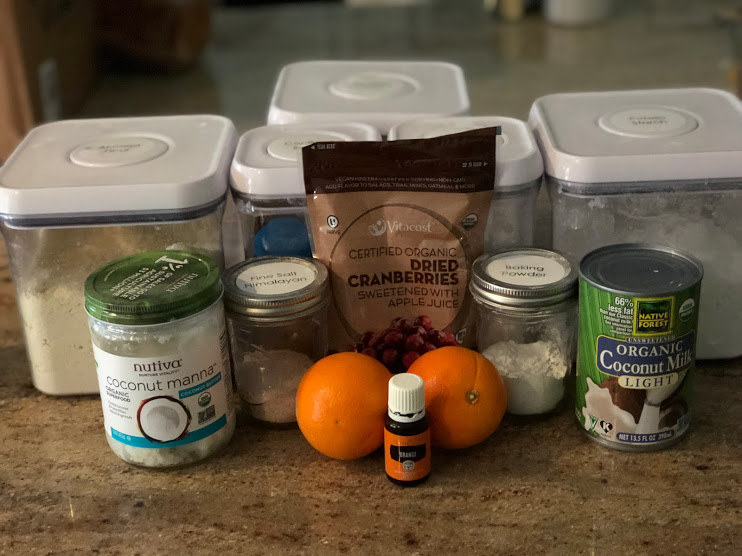 It started with two failed attempts at making PaleOMG’s Biscuit and Gravy Pizza, one of our favorite breakfasts. I thought subbing a flax or gelatin egg would be no biggie in the pizza crust. The post baking results of both disagreed with this theory and would have made the Incredible’s Elastigirl proud. It was a definite No-Go. (Yes…I tried two different recipes in a row…it was a cold, do-nothing-else Saturday morning.) The sausage gravy craving wouldn’t let up, in spite of these failings so I kept going and decided we were putting gravy on SOME. THING.

Enter Minimalist Baker Vegan, Gluten Free Biscuits. They were the perfect density for gravy and were crispy on the outside and they were the perfect vehicle for getting that gravy to my mouth. Slightly sweet naturally from coconut milk and oil, they were also good with a little schmear of strawberry jam, so I thought they would make the perfect scones with a little extra sugar, some orange zest and dried cranberries. Turns out I was partially right! The next week I dove in to try and make them, however, I didn’t account for was that I was almost out of potato starch when I decided to test this theory. It was a happy experiment when I used part potato starch (what was left in the bin) and part tapioca starch. This resulted in the softness expected in a scone.

The orange zest and cranberries came through but they still needed a little extra sweetness to measure up to my prior scone encounters. And I discovered something most surprising as it was a first for me: Coconut Manna (AKA coconut butter) is a perfect stand-in for powdered sugar glaze. Since powdered sugar is made with cornstarch, I had to come up with an alternative to make the orange glaze I typically make. I had seen multiple IG posts where others had used coconut butter as a glaze or icing and had recently picked up Sweet Laurel Bakery Cookbook when I visited the store in Pacific Palisades in which she uses the same idea, so I decided to give it a go. Result?? DE-LISH! With a little orange essential oil added in and maple syrup for sweetness, I had the perfect pillowy-soft, orangey, cranberry filled Scone!

The steps since are a bit different from gluten biscuits or scones so here are the step-by-step instructions. Please tag me on instagram @christiflaherty and use #tablavie when you make them!

Step One: Mix the dry ingredients 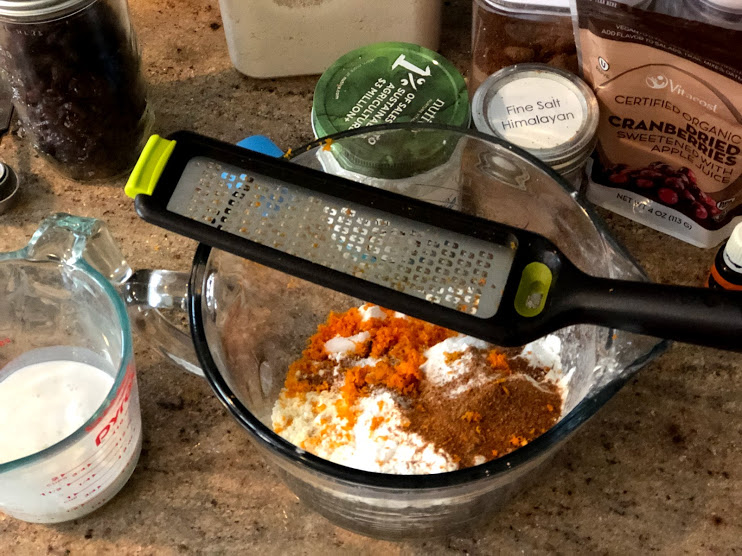 Step Two: Add the coconut oil and whisk until it looks like coarse sand. 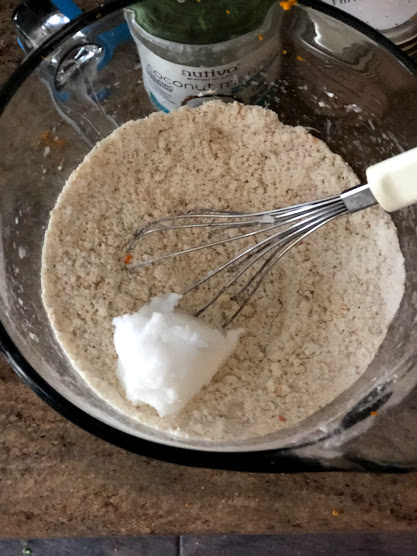 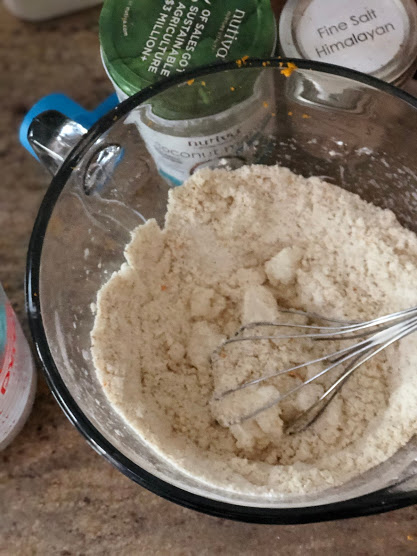 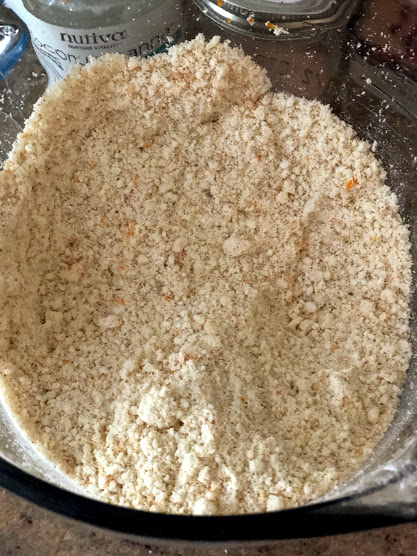 Step Three: Add Coconut Milk and vinegar then stir until dough comes together. 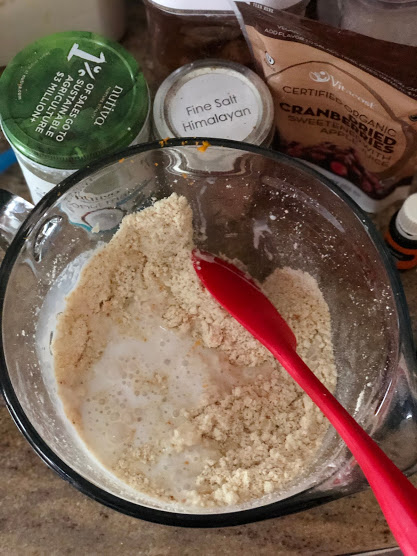 Step Four: Turn onto Parchment covered baking sheet and form a circle. (Brush with coconut milk and sprinkle with sugar not pictured.) 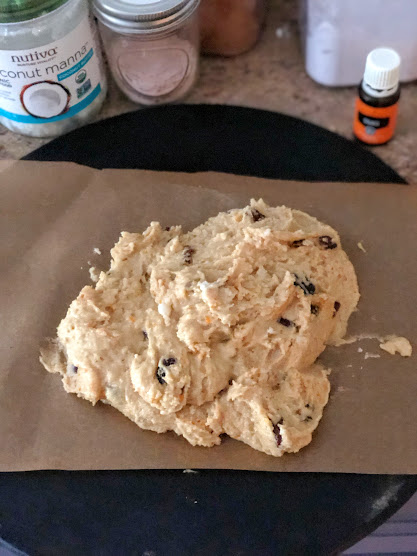 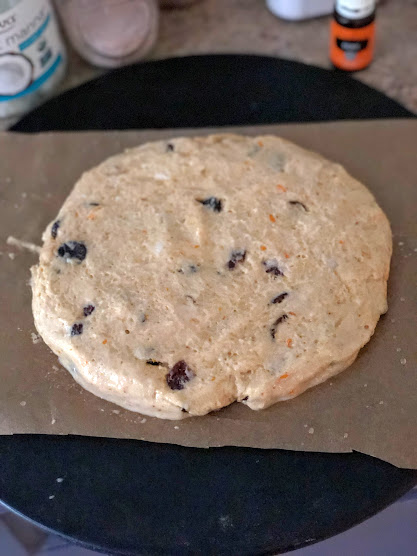 Step Five: Bake until lightly browned and firm in the middle. 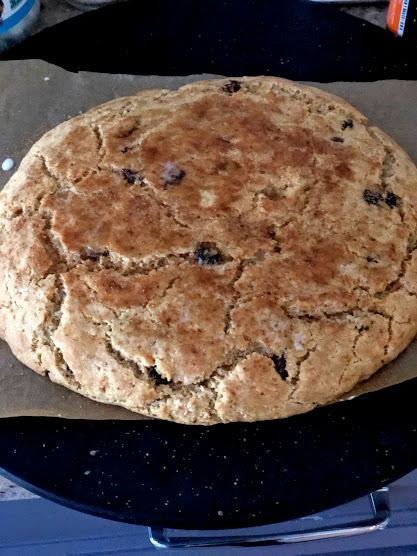 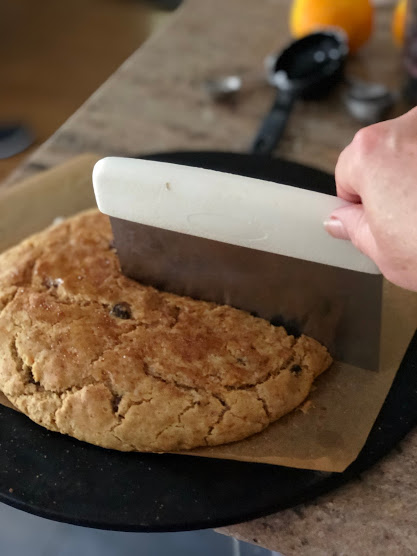 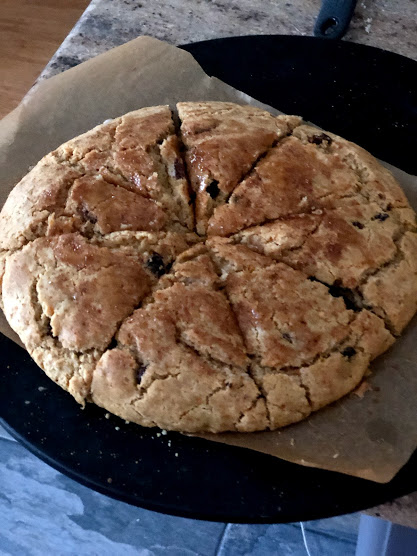 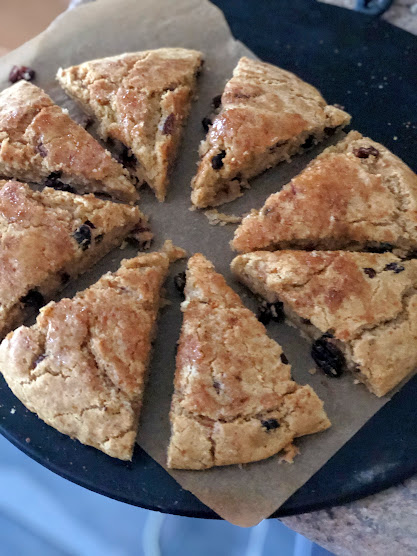 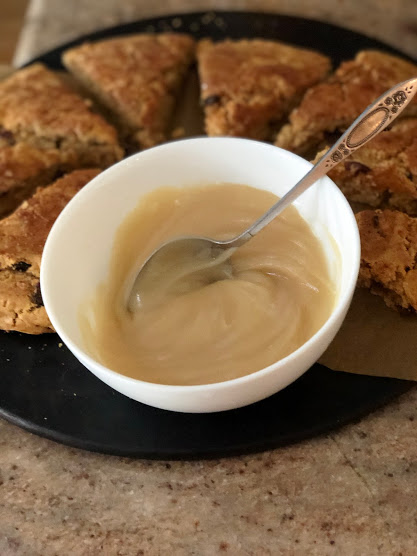 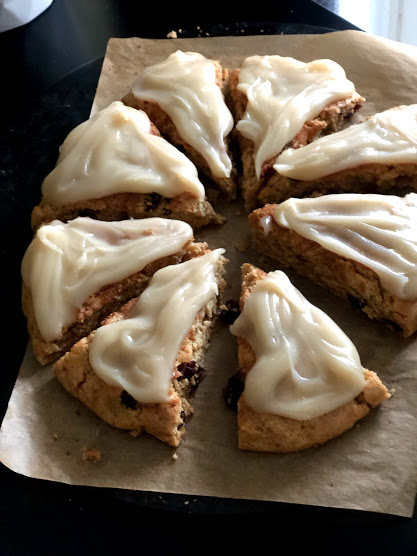 Note: There may be affiliate links in this post. That means I may make a small commission that helps keep this blog running, but you never pay more. In fact, you often get a discount.  Any products I recommend are products I love to use myself. If you have any questions, please see Disclaimer for more info or to contact me regarding this policy.